We are a diverse group of researchers all interested in making advances in science and medical application using responsive polymer-based systems.

If you are interested in joining our group or learning more about what we do, contact us. 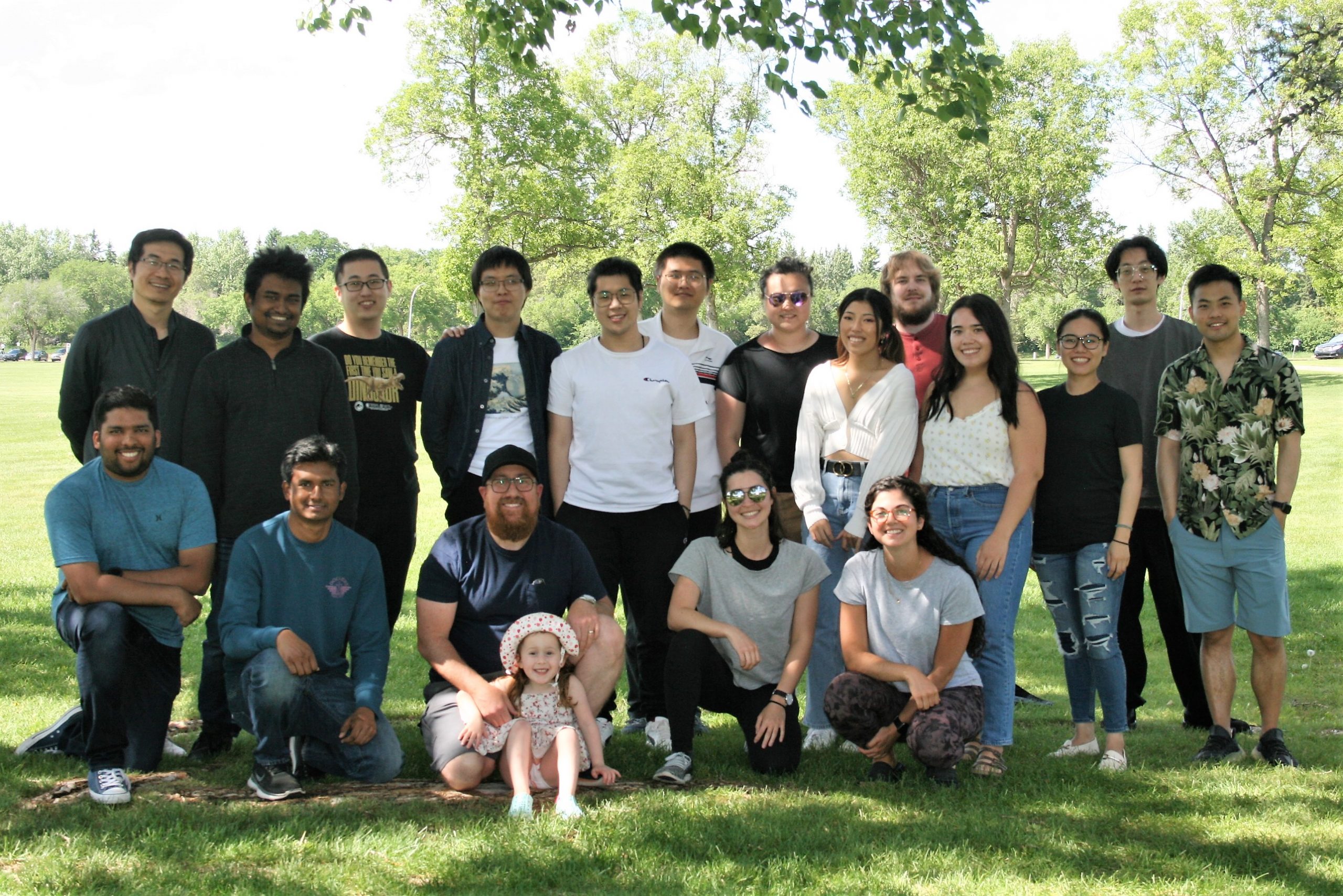 Michael J. Serpe received his B.S. at the University of Central Florida in 2000. He received his Ph.D. from the Georgia Institute of Technology in 2004 with Professor Andrew Lyon. There he developed novel polymeric materials for applications in drug delivery, microoptic arrays, and photonics. After a one year conducting research in industry, he joined the group of Professor Stephen Craig at Duke University in 2006. There he used single-molecule force spectroscopy to investigate reversible polymer bridging between surfaces.

Prof. Serpe has been named a Grand Challenges Canada Rising Star in Global Health, received the 2013 Petro Canada Young Innovator Award, and has been named one of Edmonton’s Top 40 Under 40 by Avenue Magazine for 2013-2014. 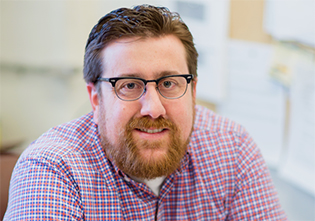 Krista received her B.Sc. in physiology from the University of California, Santa Barbara (2015).  After that, she attended the University of California, Irvine where she earned her PhD in chemistry (2020).  She joined the Serpe lab (2021) to work on microgel systems with applications in sensing, imaging, and small molecule release.  Outside of the lab, she enjoys rock climbing, yoga, and the outdoors.

Qiming Shen
Ph.D. Candidate
B.Sc degrees in Chemistry from the University of Alberta in 2017. Current research focuses on developing polymer-based sensors. The sensor device is constructed by sandwiching a polymer layer between two layers of gold that is deposited on glass. By modifying either the polymer itself or the surface of gold layer to make the device specifically respond to certain analytes. The concentration of the analyte can be determined by the corresponding colour change. Enjoys badminton and board games.

Completed his B.Sc. Honors in Biochemistry at the University of Alberta. His current research focuses on developing stimuli-responsive polymer-based biomaterials for controlled drug delivery and tissue engineering applications. He enjoys swimming, listening to music, reading and video gaming when not in the lab.

Faisal received his B.Sc. (Honours with distinction) in 2015 and MS in 2016 in Chemistry from the University of Chittagong, Bangladesh. Later he earned an M.Eng. in Materials Chemistry from the Kanazawa University, Japan in 2018.  His current PhD research in the Serpe group includes the determination of phosphate and naphthenic acid in water. Faisal enjoys playing cricket and video games.

Completed an Honours B.Sc degree in biochemistry from the University of Alberta in 2019.  Her current research project involves the development of an acetylcholine biosensor. The sensors are based upon the surface modification of optical etalon devices, which are fabricated by “sandwiching” a single pNIPAm layer between 2 thin gold layers.  When not in the lab she enjoys getting active and spending time with her family.

Nicholas completed his BSc. majoring in Chemistry at the University of Alberta in 2018. His research studies the use of poly(N-isopropylacrylamide)-based sensor arrays for monitoring ions in water and for detecting hormones such as Progesterone and Estradiol in biological matrices for biomedical applications. Outside of the lab, he is a hockey fan and collects model aircrafts as a hobby.

Xiaochen received his B.Sc. degree in chemistry from the University of Alberta in 2020. He is interested in the sensor projects (designs and applications) based on pNIPAm microgels. He is a big fan of badminton and video games.

Madeline completed a B.Sc in chemistry at Thompson Rivers University in 2020. Her research interest is in the design and applications of pNIPAm microgel sensors for the detection of ions in water. She also enjoys listening to music, reading, and cooking.

Karen completed her BSc. in biological sciences from the University of Alberta in 2021. Her research studies the use of stimuli-responsive microgels for drug delivery applications. Outside of the lab she enjoys knitting, painting, and working out at the gym.

Stephanie received her B.Sc. in Chemistry (2018) and her MSc. (2021) at the University of São Paulo, Brazil.
During her undergraduate studies and her masters, she worked on developing new polymeric systems using a cellulose derivative for the adsorption of an organic water pollutant.
She joined Dr. Serpe´s group in 2022. Her research interests include the development of polymer-based systems focusing on water remediation.
She loves music and making new friends. Outside of the lab, she enjoys playing acoustic guitar, going for a walk, and reading.